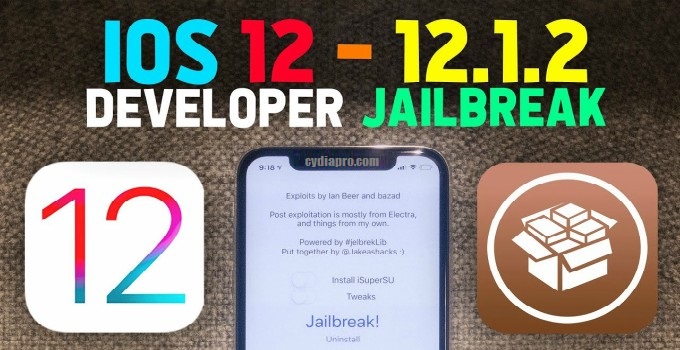 With the rush of this jailbreak system, this SSH-based iOS 12.1.2 – iOS 12 Jailbreak will be a more important update for iOS 12 category as now jailbreak iOS 12 means one of the most indispensable processes. However, now it is possible with RootlessJB 3.1 update.

This is one of the most interesting concepts for jailbreaking iOS versions with the latest iOS 12.1.2 – iOS 12. This RootlessJB could able to proof-of-concept with iOS 11 jailbreak and here it was supported with and SSH-based iOS Jailbreak access. Now with the latest iOS 12 category, this SSH-based iOS 12.1.2 – iOS 12 Jailbreak system could able to fixed all problems in iOS 12 jailbreak with RootlessJB 3.1.

Basically here it used Ian Beer’s empty_list concept and it could able to exploit a success rate and it is around 40% nearly. By the way, it is a water_down version that identical with Electra jailbreak toolkit beta that was released in last time. With the “Rootless” jailbreak concept actually, it is a good thing that supports with Cydia tweaks which was not required root access.

When you successfully install this for your iPhone, iPad and iPod touch then it runs with following tweaks,

This latest RootlessJB 3.1 comes with a number of latest improvements and newbie facilities. So it thoroughly affects with your own iPhone XS, iPhone XR, and other related ones. The change-log of rootlessJB 3.1 updates are :

Rootless JB 3.0 is the first release of this iOS 12 jailbreak tool and SSH-based iOS 12.1.2 – iOS 12 RootlessJB 3.1 is bug fixed version. It will be immediately released publicly for all the supported iDevices within two weeks or three.

This most interested RootlessJB 3.1 developed by SSH-based jailbreak tool developer Jake James. It is a free and independent jailbreak tool for the latest iOS versions such as iOS 11- iOS12.